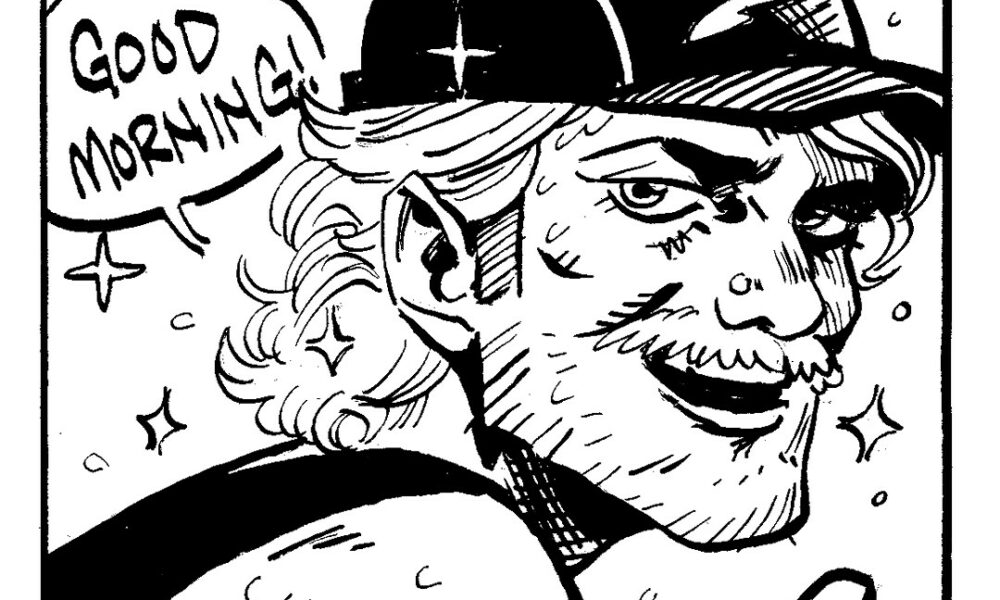 Today we’d like to introduce you to John Golden.

Hi John, so excited to have you on the platform. So before we get into questions about your work-life, maybe you can bring our readers up to speed on your story and how you got to where you are today.
I moved to Savannah in 2010 for college, to study “Sequential Art.” which is just a fancy way to say “comic book art”.

After I graduated in 2014, I had a rocky start breaking into that industry. You probably wouldn’t be shocked to find out that the comic book world is a small one, and most of the artists occupying the career space have been there for decades.

So even though I’d completed a rigorous curriculum to get to a professional level, I was still just a green twenty-one-year-old with a half-full portfolio to any publisher worth their salt. So I did what anyone else would do; I got a day job.

I started working at “Planet Fun”, which is a comic and collectible store on Broughton street, while I polished my portfolio and started working on webcomics and any other small projects that floated my way.

Through the store, I started meeting more local artists and found that the comic community in the city was actually larger than I thought. I started finding more resources and connections through the advice of said community, and eventually found more success in marketing my work.

In 2018 I was hired to do my first large-scale graphic novel by Boom Studios. It was a comic that tied into an animated series produced by Cartoon Network, called “Over the Garden Wall”. Since then I’ve been working on my own personal projects, and have expanded into more types of illustrative work, like apparel and promotional art.

I still work at Planet Fun part-time but have almost entirely shifted my focus to my artwork as of 2022.

I’m sure you wouldn’t say it’s been obstacle free, but so far would you say the journey has been a fairly smooth road?
I’d like to say it’s been a smooth, albeit very long road.

I’ve been fortunate enough to be surrounded by an extremely supportive community of friends and family. Comics aren’t particularly lucrative, especially when you’re getting started, and having the crippling burden of student loans, as many people do, makes the process of starting a career move at a snail’s pace at times.

That being said, I never had a problem when I’d ask for time off of work to travel to a comic convention, I never had trouble finding a ride there, and always managed to find a couch to crash on if I couldn’t afford a hotel. Saving every penny counts when you get started.

It took me about five years post-college to “get started”. I’d like to say I got by with a little help from my friends, but honestly, I couldn’t have gotten by without the tremendous amount of support I’ve gotten.

Alright, so let’s switch gears a bit and talk business. What should we know about your work?
First and foremost, I’m a comic book creator. I’ve written and illustrated a webcomic called “Bonemen” off and on since I graduated college.

It’s sort of my interim project, I do a few pages here and there between other freelance illustrations. I love the story and have every intention of finishing it, but it just never garnered enough attention for me to dump all of my time into. Lately, I’ve been indulging in a lot of professional wrestling art.

I’ve started doing mini comic strips of my favorite wrestlers after their weekly shows. Initially, I thought it was kind of a weird, niche thing to do, but they’ve actually gotten me a lot of traction on social media. Even the wrestlers themselves will share them sometimes, which is pretty fun.

I feel like what helps me stand out among other cartoonists is that my artistic strong suits are all kind of… weird. I didn’t grow up reading comics, so I don’t have any really big influences like those kids who loved Batman or X-Men or Ninja Turtles. I think because of this, I have a distinct style, but not one that’s been designed intentionally.

I just try to capture expression and emotion as best I can, which usually amounts to cartooning that’s just fun and funny. I might not be perfect with anatomy and some of my perspective illustrations can be a little wonky, but if I need to draw a fat little goblin telling a joke, nobody’s going to do that better than me.

Any big plans?
2022 has been (knock on wood) very successful for me.

I’m going to be releasing the second printed book of “Bonemen” this year, doing a number of short stories in indie comic magazines, and launching my second personal comic project by 2023. I’ll also be present at Savannah Comic Con in September!

I’m pretty optimistic about my new project, which is called “From Hell’s Heart”. It’s a story about a comic book-style supervillain who accidentally falls in love with an anime-style superheroine. It’s funny, it’s cute, and it’s just an excuse for me to draw all the things that I like drawing. 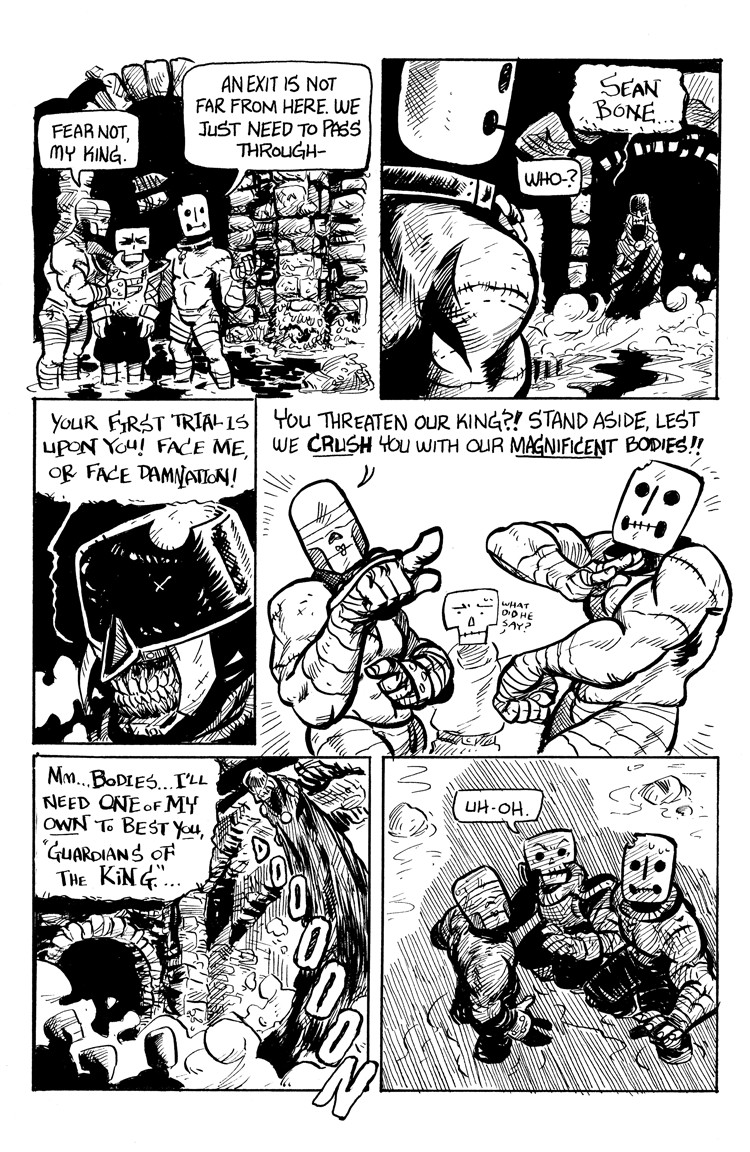 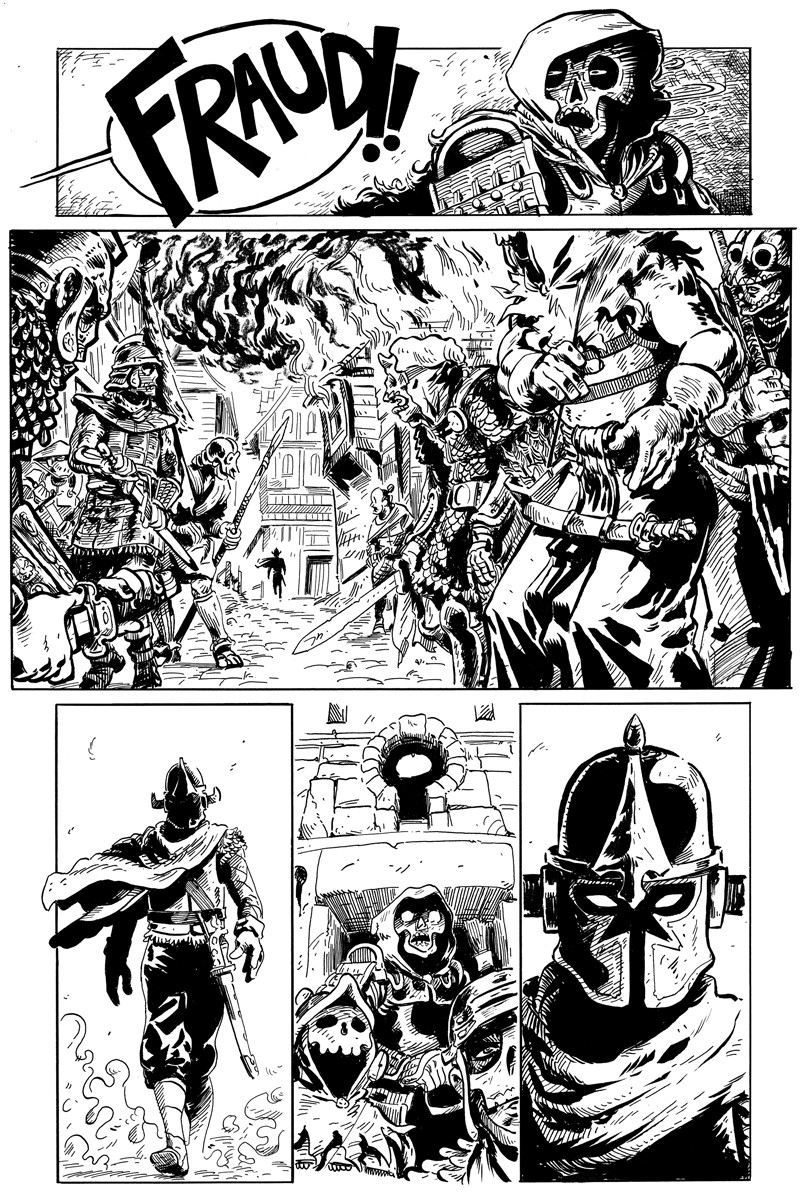 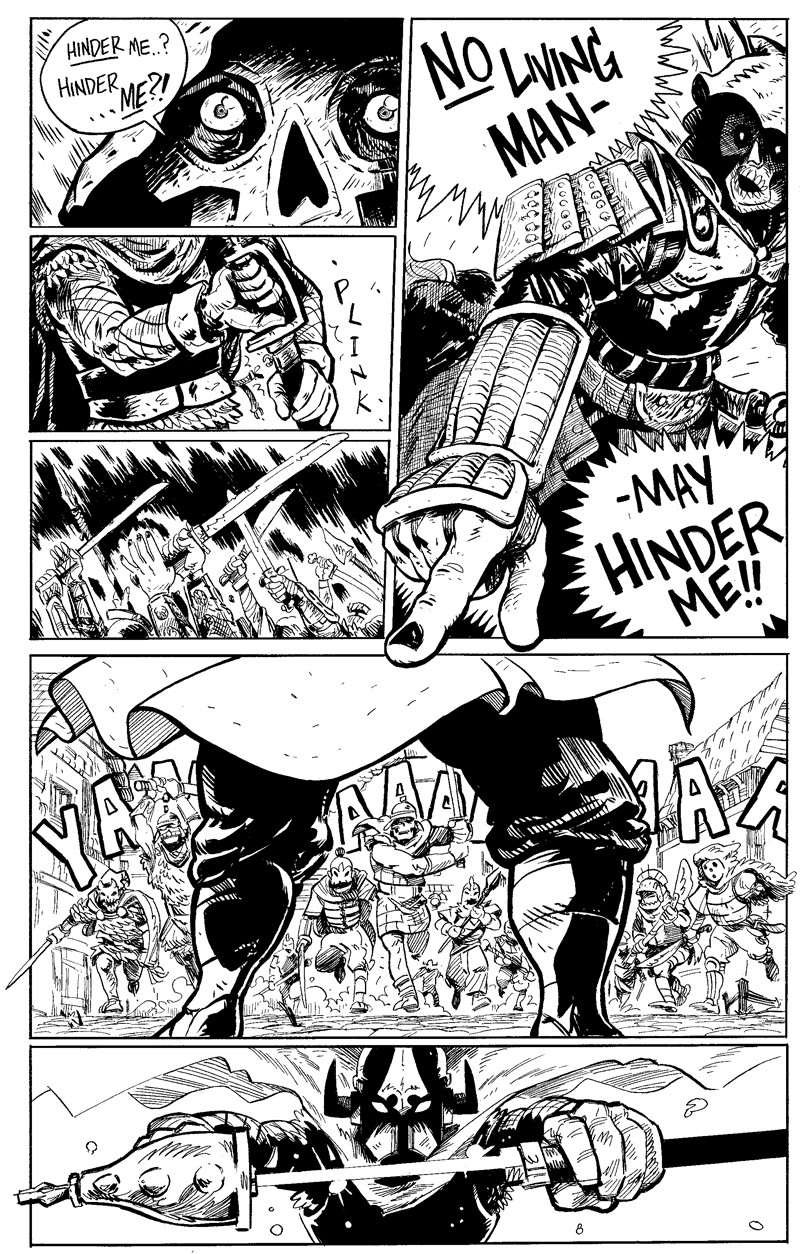 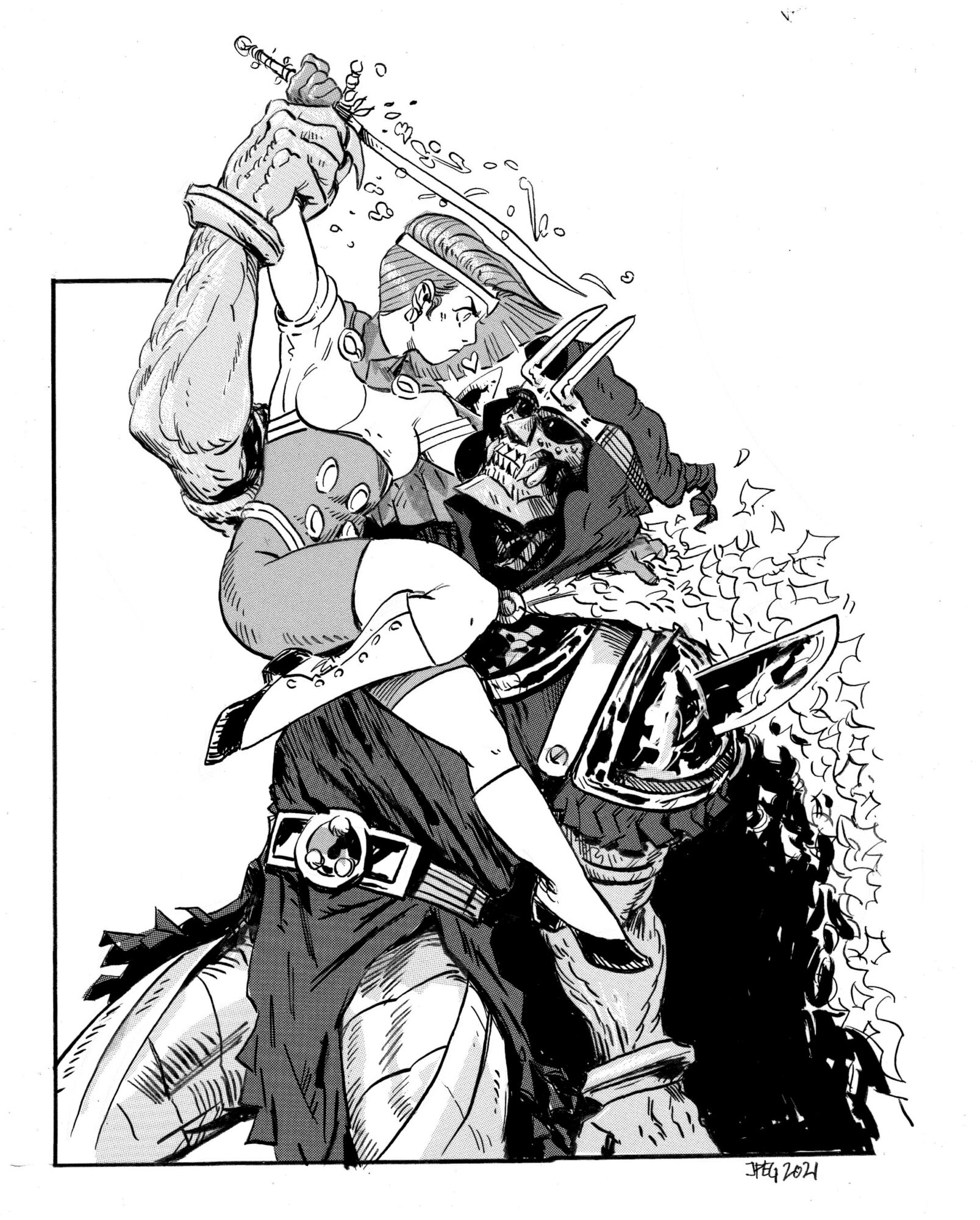 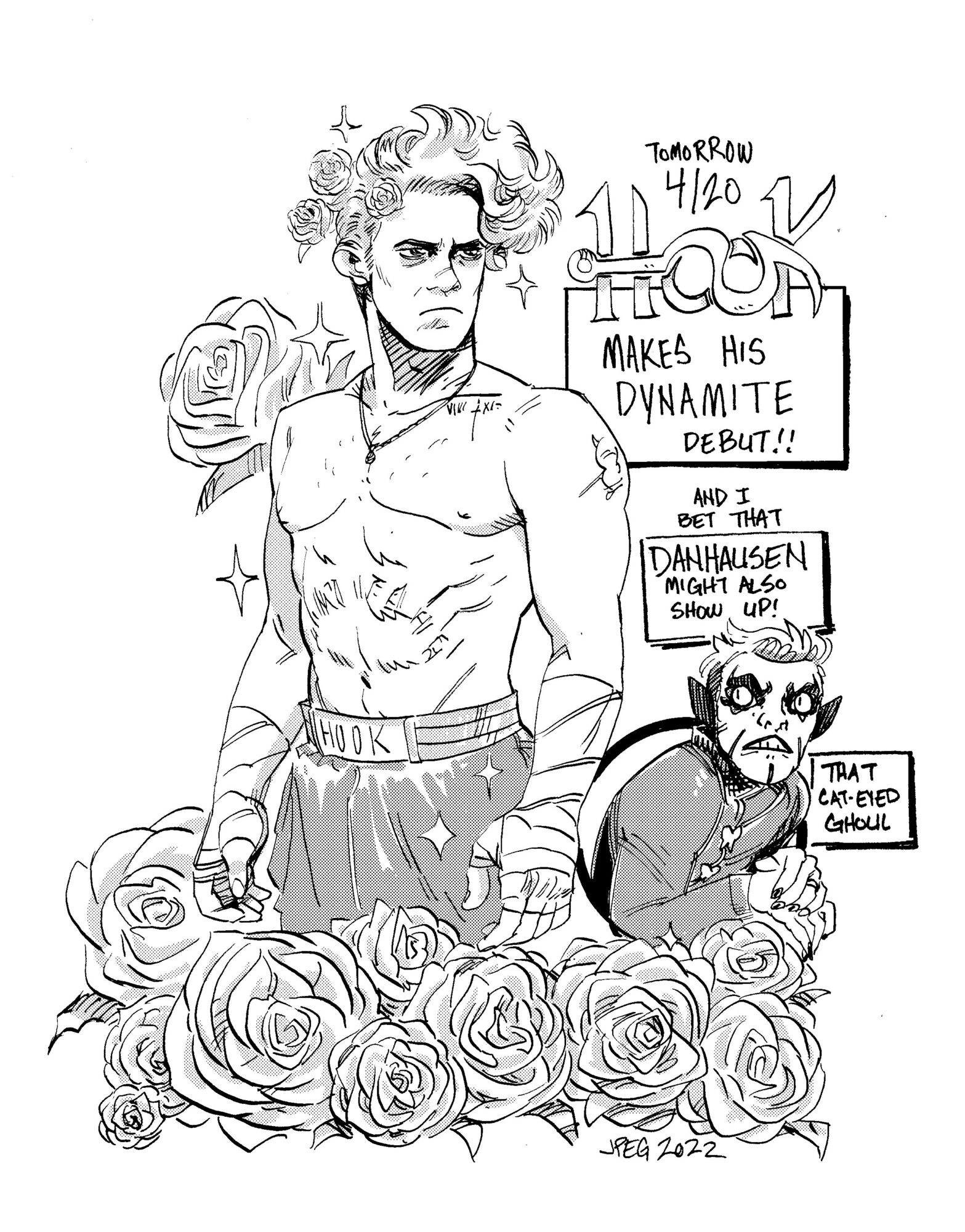 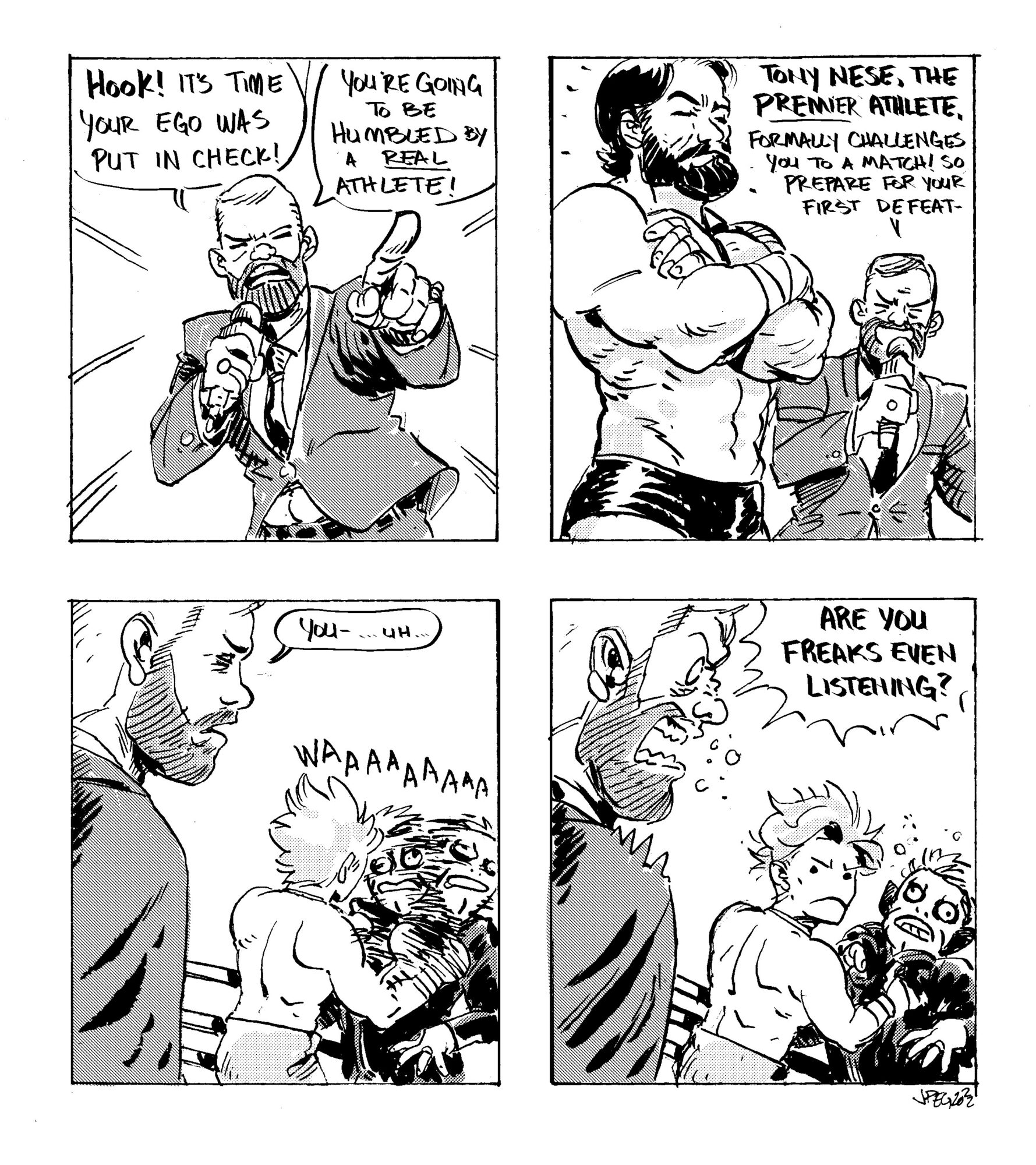 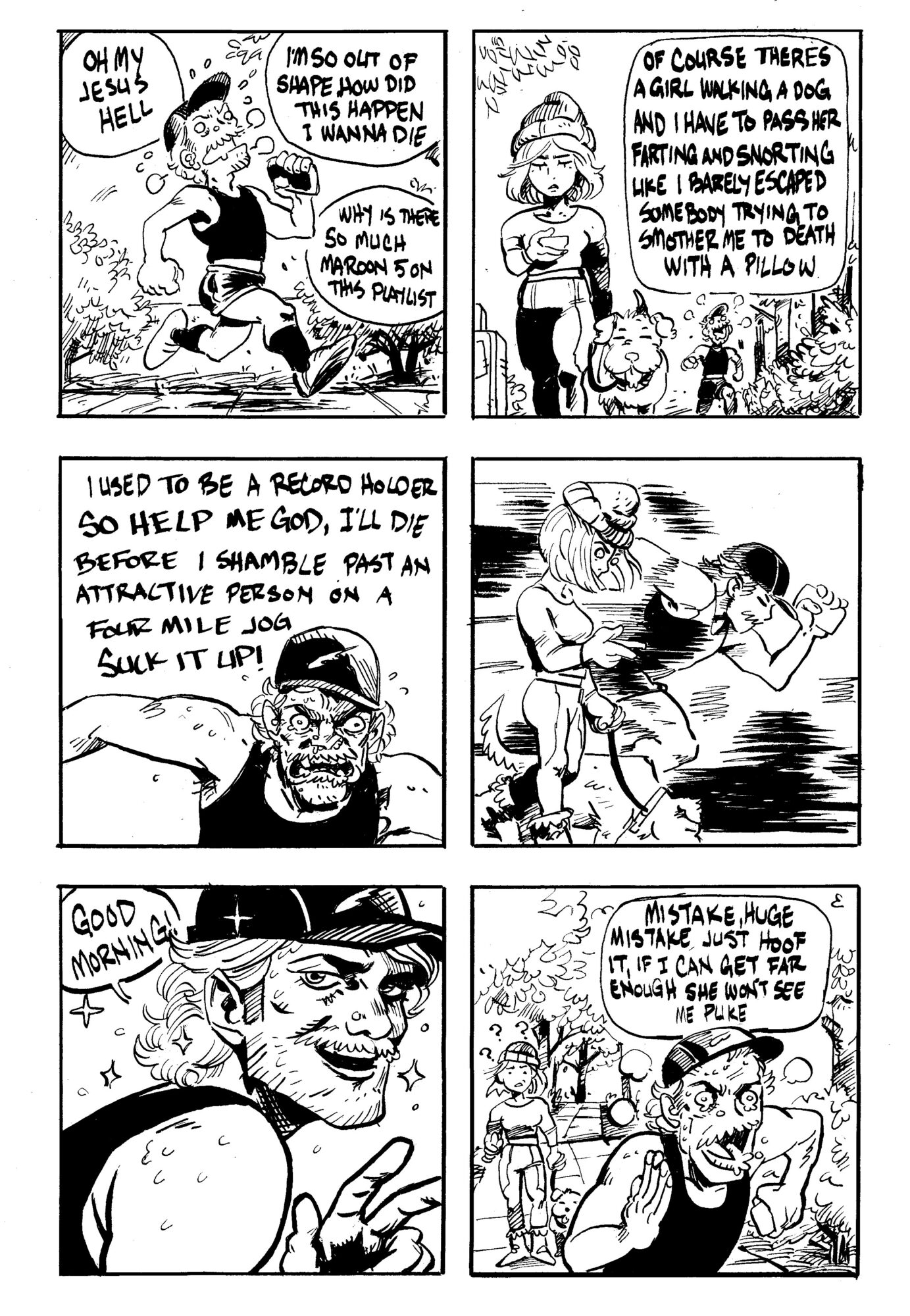 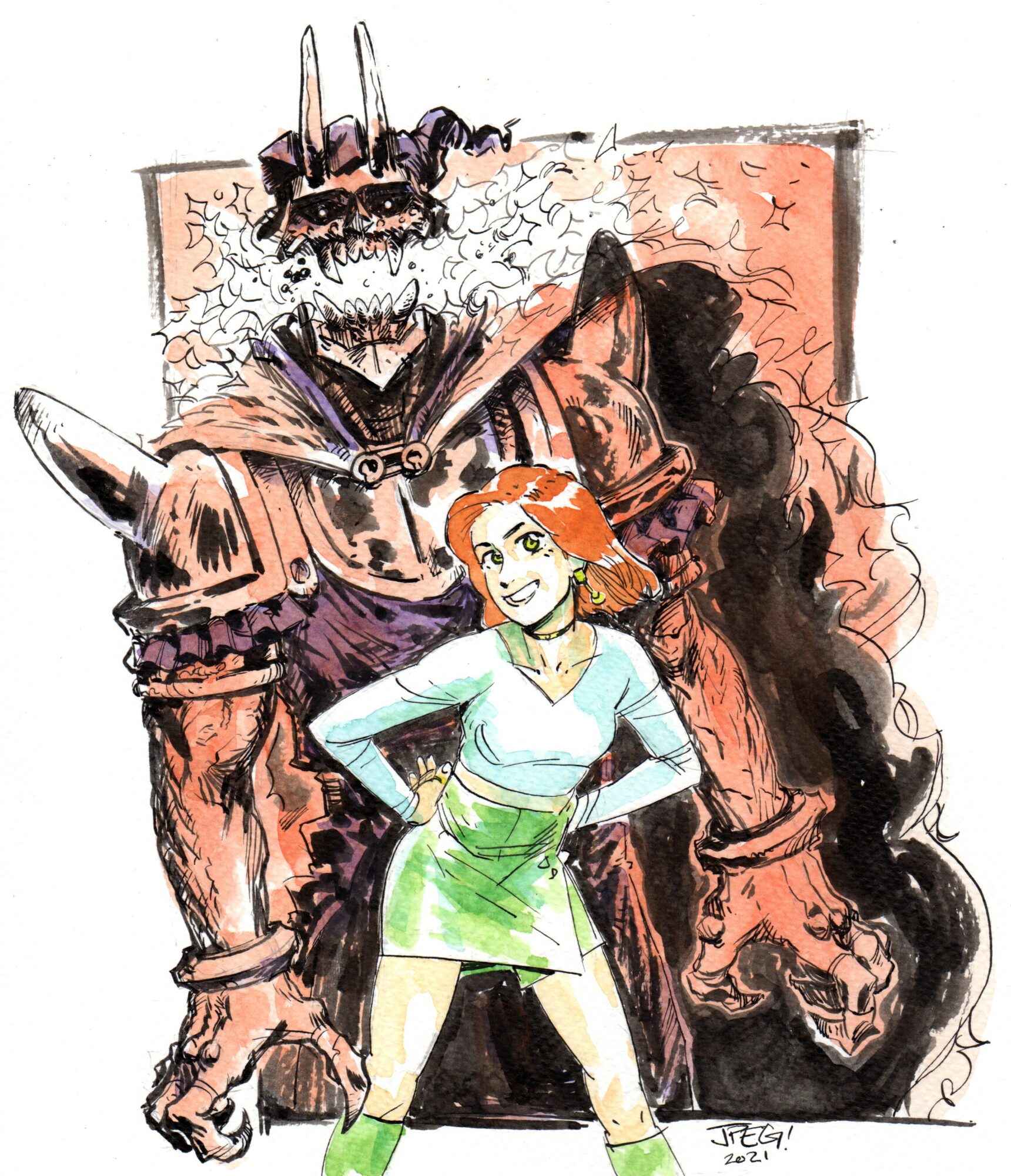